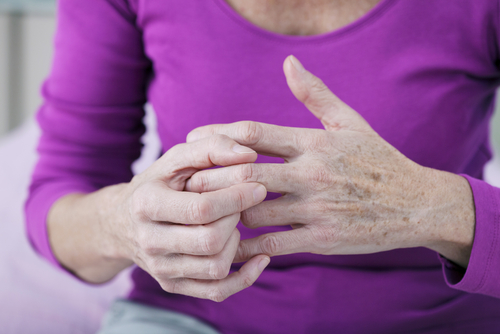 Can-Fite BioPharma Ltd. completed the design of its Phase III study for CF101, an experimental Rheumatoid Arthritis therapy , according to a recent press release.

CF101, commercially known as IB-MECA, is a potent anti-inflammatory drug, the effectiveness of which was previously tested in several inflammatory disease models. The drug acts on A3 adenosine receptor (A3AR), a subtype of the adenosine receptor family, whose expression is increased in inflammatory diseases and cancer, while maintaining a low expression in normal cells. CF101 is an agonist of A3AR and induces a specific anti-inflammatory response by modulating the expression of key signaling pathways, including the nuclear factor kappa-light-chain-enhancer of activated B cells (NF-κB).

Previously, CF101 exhibited both a safe and efficacious profile when administered as a monotherapy to treat Rheumatoid Arthritis, according to data retrieved from Can-Fite Phase IIb study. Here, 79 patients with active Rheumatoid Arthritis were treated either with CF101 (1 mg) or a placebo, during 12 weeks. The study showed CF101 treated patients exhibited a significant improvement in Rheumatoid Arthritis symptoms when compared to placebo control group.

As with the previous Phase IIb study, the Phase III study will be a multicenter, randomized, double-blind, placebo-controlled, parallel-group, that will determine the safety and efficacy of CF101 treatment as an orally monotherapy administered daily to Rheumatoid Arthritis patients over the course of 12 weeks. Specifically, the Phase III study will test two different dosages of CF101 – a 2 mg and 3 mg – administered as an oral tablet, twice a day, and compared each dosage with placebo control group. The study will include approximately 100 patients per group, thus, enrolling in total 300 patients with Rheumatoid Arthritis. The American College of Rheumatology Criteria (ACR), a common measurement of arthritis medications efficacy, specifically the ACR 20, defined as a ≥ 20% improvement, will be the study primary endpoint, assessed at the end of the study, i.e., week 12. Since CF101 is an A3AR agonist, the study will include the evaluation of A3 adenosine receptor before and after treatment with CF101, in order to correlate its expression with the treatment.

Pnina Fishman, Can-Fite CEO noted, “We are very pleased that the Phase III design is completed and based on the positive data of the prior Phase II study we believe that increasing the drug dose will yield positive data and those patients with RA will be able to benefit from our oral drug.”